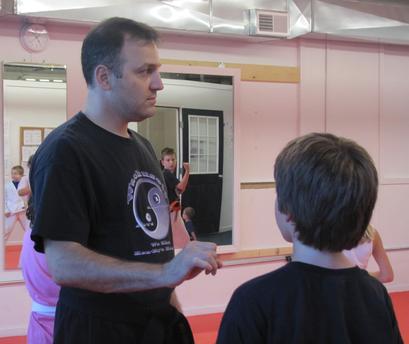 Squared BJJ starts this Thursday at WMA. Class times are Monday and Thursday 7PM to 8:15PM and Saturday 11AM to 1230 PM. Here is a bit about Coach Any Lampson:
Andy started training Mixed Martial arts at the age of 37 with the goal of fighting professionally.
After having 5 fights with a record of 3 wins 2 losses, Andy decided to focus on the grappling aspects of Mixed Martial arts. Andy earned his blue belt with Matt Lee (black belt under Riccardo Liborio). From there he trained with Chris Yonkers (black belt under Tim Burrell). Currently he is training under Gabriel Gonzaga Squared BJJ (black belt for over 20 years under Wander Braga) for the last 6 years, in that time I’ve earned my purple and brown belts.
In addition to BJJ I work with Rocky Gonzalez assisting his professional fighters on making weight before Fights.
Andy's teaching is based on BJJ as a self defense martial art focusing on the basic techniques. BJJ has offered Andy the ability to handle stressful life situations. By putting oneself in difficult situations on purpose and working through solutions in controlled high stress situation this helps the individual develop transferable skills for handling the stressful situations that life throws at us. Andy's goal is to empower students to find their way towards their personal goals in BJJ

Paul began his martial arts training in 1985 when he was 17 years old, the year he entered college.  He trained with many teachers in traditional American Kenpo Karate until he met his current teacher in 1996, Grandmaster Alan D’Allessandro.  Paul received his black belt ranks from years of training with Grandmaster D’Allessandro.  Grandmaster  D’Allessandro is the founder of Ken Ryu Kenpo (Fist School/Fist Law).  Grandmaster D’Allessandro currently trains with world renowned karate Grandmaster Don Rodrigues.  Also, approximately 18 years ago, Paul became fascinated with styles of martial arts he saw in MMA and began training with Keith Rockel, a professional MMA fighter who  competed in the UFC and who held many championships, most notably the Hook and Shoot Light Heavy Weight Championship.

During Paul’s training,  Grandmaster D’Allessandro and Grandmaster Rodriques  both encouraged him to form his own style and add to what he learned, to expand his knowledge of the martial arts.  What Paul did was to take his MMA training and combine it with his karate training.  The result although still a very traditional system is a more combative style of karate.

With the rise in popularity of the sport of Mixed Martial Arts, Paul put together another system.  A system of MMA that could be used in a dojo setting. He called this system SGS or Strike, Grapple, Submit.   Although the techniques are not original to Paul’s training he combined the most street useful techniques into a system where a student could train in a traditional way, receive rank and progress in the art.  This system provides a more structured environment and is geared toward people who want to learn the self defense side of MMA  but are not professional fighters, or who are people who cannot risk injury that can often be associated with professional fighting style training.

In November of 2009 Paul and his wife Sheryl opened up Wachusett Martial Arts.  Having no customers, students or knowledge of running a dojo they took a leap of faith and opened up in a small 900 Sq foot dojo.  In the two years since opening, the enrollment has grown to approximately 100 students between the different programs.  Paul and Sheryl had to expand the dojo twice and now have multiple classes going on at the same time.

Since their opening,  Wachusett Martial Arts has worked closely with the Rutland Recreation Board offering low priced classes for the town’s school children and donating part of their tuition to the recreation committee.  Wachusett Martial Arts also contributes to the Town’s fourth of July festivities and regularly marches in the parade.  Paul and Sheryl also run free self defense seminars for the mother’s of their students.  Their dojo is run on the idea of family atmosphere.  Where families can come, train, have a good time and be with other like minded individuals who love the martial arts.  The dojo’s family feel has been great for the kids who have made new friends.  The dojo has become a meeting spot for car pools to other sporting events for the children, being centrally located and in a safe area parents can leave their cars in the lot for their car pool days.

It is Paul’s goal to grow his school so he can retire from police work and devote more time to the dojo.